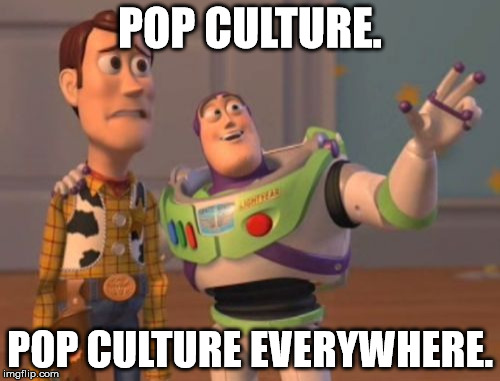 ‘Pop Culture is not meaningless’ by Siew Ming Li, River Valley High.
(Essays in this site must not to be copied)

Vivienne Westwood once said, “Pop culture is a contradiction. If it’s popular, it’s not culture.” This shows how pop culture, in its many forms such as books, movies, music and even fashion, is seen negatively in the eyes of many people – as something that fleeting and superficial. While pop culture has become widespread and extremely influential today through technology and social media, many people think that it is meaningless and a waste of time. However, I believe that pop culture is not meaningless as it can inspire us and also raise our awareness of issues in the world.

Firstly, I think that pop culture is not meaningless as it can inspire us, especially teenagers who are easily impressionable. When teens see someone who has become successful through their hard work, they will be inspired to do the same, to work hard and achieve success for themselves. One example of this would be Taylor Swift. In the music industry, Taylor Swift is well-known for her catchy songs and has won numerous awards, including the Grammys. She has garnered millions of fans around the world, many of whom are teenage girls who aspire to be like her. Taylor Swift’s journey to success was not an easy one as she had to personally go door to door, begging many managers of record companies to offer her a record deal. Even after being rejected for uncountable times, she persevered and in 2015, she ranked eighth among pop celebrities. Many girls who have dreams to become a famous singer look up to her as an inspiration and as an example of how determination and hard work can bring you success. Following suit, they have also started to upload their trending songs onto social media websites, such as YouTube and Facebook, in hopes of attracting attention and gaining popularity, which could lead them to their dream career. Another example would be the footballers from Rio de Janeiro, Brazil. Many well-known footballers such as Ronaldo, come from Rio de Janeiro, where many families are still living in poverty, and have limited education. Consequently, many children there have dreams to become a player of their national football team, who came from barrios just like them. Most of the footballers from the national team, including Ronaldo, started with humble beginnings such as playing on the open fields with their friends after school hours. After being noticed by scouts for their talent in football, they were then given the opportunity to become professional footballers. This greatly inspires the youth in Brazil, as they know that it is not impossible for their dreams to come true and thus, they work hard to improve their skills so that they many have the chance to make their dreams come true. Hence this shows how success stories of pop culture figures can inspire youths to aim for their goals and work hard towards their dreams, and that determination and perseverance is key. Thus, pop culture is not meaningless.

Secondly, pop culture is not meaningless as it can raise awareness of issues that are important in the world. In a world where technology and social media have dominated our lives, it is incredibly easy for things to go viral and become pop culture trends. These trends can be used to spread messages and increase awareness of the general population. One example of this would be the ALS Ice Bucket Challenge. The challenge was started by the ALS organisation, and the person who has been challenged must either pour a bucket of ice and water over themselves, or donate $100 to an ALS organisation. Under the ice bucket ‘shower’ the challenger will temporarily experience a numbness, which is a symptom of ALS, and they can better empathise with these patients. This challenge went viral within hours and many celebrities from all over the world, such as Taylor Swift and Emma Watson, took part and spread the challenge even further. Over 2 million tagged videos of the challenge have been posted on social media, and various ALS associations have received thousands of dollars of donations to help cover medical costs of these patients and provide them with the required treatment. Many ALS patients have also expressed deep gratitude to those who have participated as more people can understand their condition and empathise. Another example of this would be lesbian, gay, bisexual and transgender rights, also known as LGBT rights. Many countries all over the world have banned same-sex marriage due to traditional views that love should only be between the different gender. However, many users of social media have also signed and spread these petitions against such bans in hopes that they would help raise awareness of the need for LGBT rights. Celebrities like Ellen Degeneres and Ricky Martin have posted photos of their same sex partners. Movies like Glee and True Blood are pro-gay. With the impact of such pop culture trends, at least five states in America legalised same-sex marriage. There is now less discrimination against these groups of people, making them feel welcome in society. This shows how pop culture, through its trends and virality on social media as well as its ability to spread worldwide, has been used positively as a means to raise awareness of basic human rights and other lesser known illnesses and events in the world. Thus, pop culture is not meaningless.

In conclusion, I believe that pop culture is not meaningless as it can positively affect the lives of many people all around the world through inspiration and raising awareness. If young people view pop culture discriminately there will be less worry that it has a negative impact on them.