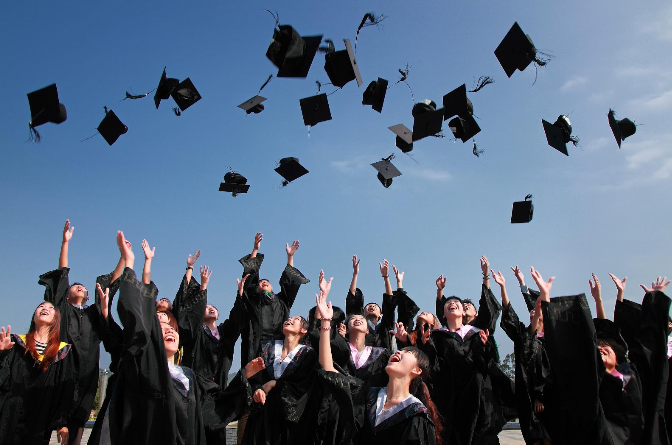 There is a big caveat as to whether changes in MOE curriculum will allow students and pupils to “stop to smell the flowers, and wonder at their beauty”, as Minister Ng put it. Will parents also change their mindsets? Scoring well in the PSLE is a national obsession, to ensure entry into a good secondary school. Some parents have taken extreme measures, from moving homes to enter primary schools which supposedly produce top PSLE performers regularly, to sending children for Gifted Education Programme training and enrichment classes from a young age to help build DSA portfolios.

When MOE stopped releasing the list of top PSLE scorers, parents on websites such as Kiasuparents put together their own. The shadow education industry, or tuition, is worth more than a billion dollars annually here, almost double the $650 million spent in 2004. Some parents spend several thousands of dollars on tuition for their children each month, on top of religiously buying past-year examination papers of various schools, especially the top ones. Jalan Besar GRC MP Denise Phua, who heads the Government Parliamentary Committee for Education, said: “(Broader grade bands) will not take away the pressure completely as the underlying mindset – that academic achievement is all that matters, that students with higher grades have a higher chance to enter schools of their choice – will take a long time to change.”

At 12, the pupils are also too young to be sorted by potential or ability, she suggested. The high-stakes Primary School Leaving Examination (PSLE) should be scrapped to counter the country’s preoccupation with academic scores – one of three unhealthy trends plaguing the education system here, explained Ms Denise Phua. But the pursuit of academic rigour has become an impairment as even academically strong students are seeking tuition; popular secondary schools are selecting students based on their PSLE cut-off points; and teachers are focusing on preparing students to take standardised tests, Ms Phua added. “It is hard to cultivate or inculcate a love for learning when all that matters to the majority is the score from a series of high-stakes exams.”

The two other negative trends are parents putting in top dollar to ensure their children’s academic success; and physically segregating students of different learning abilities. She said “parentocracy” – where children gain success due to their parents’ wealth and social capital and not their own means – will “further rear its ugly head” as the stakes of academic scores become higher. Ms Phua said it is an “open secret” that the Direct School Admission Exercise, which lets students enter secondary schools based on achievements in sports or the arts even if their PSLE scores fall below the cut-off points, benefits children from wealthier homes. They have the means to be nurtured in specific areas from a young age, she said.

Run by the Organisation for Economic Co-operation and Development, Pisa tests, conducted every three years, are intended as a measure of problem-solving and cognition. Yet Singapore’s superiority in the rankings may be coming at an equally high price. Children in the Lion City experience high stress levels from primary school as a result of competitive pressure from schools and parents. It’s arguable whether the perfect scores produce adults who are critical thinkers or merely rote learners, and concerns have been expressed about a lack of development in behavioural and social skills.

In 2015, there were a reported 27 suicides among 10- to 19-year-olds in Singapore, double that of the previous year and the highest for more than a decade, according to the Samaritans of Singapore. In May 2016, an 11-year-old boy jumped to his death from the 17th floor of a flat block, fearful of sharing his exam results with his parents. It was the first time the child had failed a subject.

There are large class sizes, highly competitive exams which focus on rote learning and test results, with a culture of extracurricular private tutorials. Howard Tan, a former Singapore primary-school teacher turned private tutor, says “High student-to-teacher ratios are a big problem in Singaporean schools, but pressure also stems from the practice of streaming – with pupils of the same year being segregated into different classes based on results and assessments in several key gateways. segregation of “bright and slow” students still happens in the form of school banding.”

At the end of primary school, students take the Primary School Leaving Examination, which determines the stream a pupil will follow in secondary education. There are five streams: Integrated Program, Express, Normal Academic, Normal Technical, Special schools. Some Singapore parents regard streaming as beneficial for children with different learning capacities. Maida Genato, who has three children at school, says: “For the slow learners, if you teach at a faster pace, they might have a hard time adjusting, whereas for fast learners, if you slow the pace they might get bored.”

Tan, however, says that with class sizes of 30 to 40 pupils, streaming will fail a lot of children. “Research shows that placing high value on test scores has led to narrow views of teaching and learning,” she says. “Such practices focus on memorising facts that have been determined by others to be of worth. This can limit children’s opportunities to develop skills important to being innovative problem solvers we need in the future.”

British-based business lecturer Sally Chan, author of The Chinese Learner writes: “The popular view is that the stresses of learning and need to excel academically leave the Chinese student with little choice but to resort to rote learning of the essentials to pass the examinations … Such learning modes are believed to dominate classroom behaviour for Chinese students in Hong Kong, China and Southeast Asia.”

“There is hard evidence proving that below high school, homework does not have a positive impact on learning,” Chan says, citing the example of Finland, which takes a holistic approach to education. Finnish students have little or no homework, and there is no private tuition culture in the country. Finland came sixth in the latest Pisa rankings, and its schools produce young adults who are critical thinkers and problem-solvers. Finnish children don’t start school until they are seven years old, and there is only one standardised test, administered in the final year of high school. School holidays are longer. Finland ranked fifth in the UN’s 2016 World Happiness Report; Singapore ranked 26th.