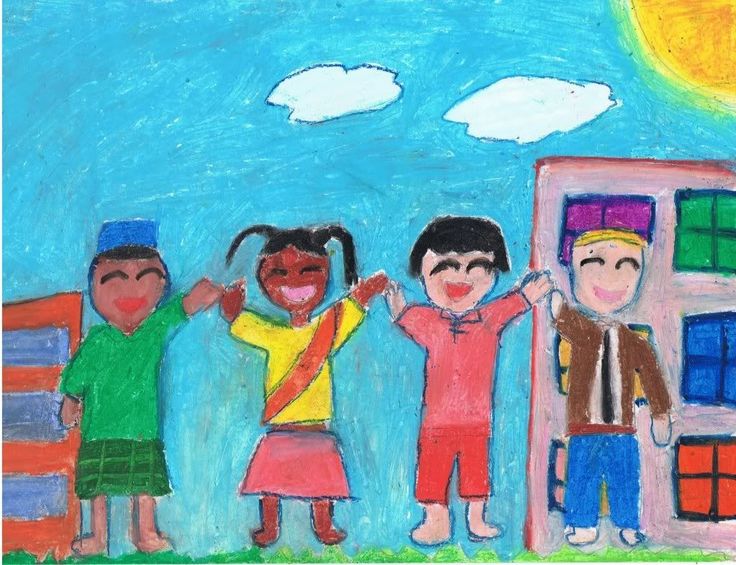 Student Composition: ‘Prejudice’ by Wong Yuejun, Bukit Panjang Govt High
(Essays in this site must not to be copied)

“Repeat after me. Chi Mian,” I ordered. Teasing, I laughed as Siti struggled to repeat what I had said; we were teaching each other how to speak our own mother tongue. Pretending to be stern, I made her repeat several times until she was able to speak it fluently without her Malay ‘accent’.

She smiled ruefully. “Now it’s your turn,” she chuckled. But I shook my head rebelliously and dashed forward heading to the school field. “Not fair!” she protested as she scuttled after me.

Abruptly, I stopped in my tracks when I saw Meng sneering at us. Meng was a tall and well-built teenager in our school. Towering over me, he scolded, “How come you play with Malay?” I stifled a laugh at his bad English. Not long after, I heard a gasp behind me. Upon turning around, I found Siti cowering down. Meng lumbered over to Siti, and raised his fist up. “Oh no, he is going to slap her”, I gasped in horror. Instantly, I inched towards a nearby branch. Without thinking, I smashed it hard onto Meng’s arm. Startled at what I had done, I quickly grabbed Siti’s arm and we ran home.

Not long after, we heard an angry chant and ducked behind a bush. An angry mob passed us, armed with hammers, torches and weapons. From our hideout, we could catch a glimpse of the orange flame and lots of screaming. We rushed over to find out the horrible truth – Siti’s house was on fire! Adrenaline rushed through her and she was frozen with sheer shock as she stared at her ‘glowing’ house. “Ibu!” she screamed and agony was written all over her face. She heaved a sigh of relief after she managed to find her parents.

“Xiao Mei, come and help!” the loud bellow of my father’s voice could be heard afar. My family members were busy helping to extinguish all those flames. Gingerly, I nodded and scurried across to help them. When the last flame died, my family sighed. Forlornly, I watched the dark wisps of smoke rise to the sky. My mother was busy comforting Siti’s mum. “You can come and live with us,” my mother reassured them.

Wanting to be of help, I walked over to Siti and held her hand. “Everything’s going to be okay.” The first few days when they lived with us, everything was fine, until the food in our farm depleted quickly and our neighbours got suspicious. Siti’s family knew that they could not stay longer thus they planned to migrate to Malaysia with the help of their uncle.

Two days later, my mother gave them some ‘qipao’ to wear, disguising them as Chinese. Siti and I hugged tightly; I believed she would come back after the racial riots were over. The sun was slowly peeking over the horizon as I watched them silently sneak out of our house to the fishing port. I watched their backs grew smaller until they eventually disappeared. It was only after ten minutes later when I heard a gunshot. My heart came to a stop. Could it be them? Panic stricken, I stared at my mum but all she could was to shake her head in silence.