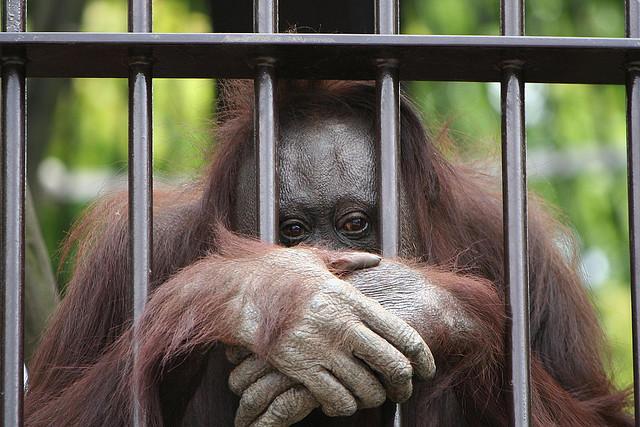 ‘Zoos do more harm than good’ by Thienh Thinh, Victoria Secondary School
(Essays in this site must not to be copied)

Midnight, a baby tiger hid in the deep forest to escape from poachers. Its mother lay dead, killed savagely by poachers. Terrified and bewildered, anger and fear showed on his eyes. Fortunately, National Zoo Forces arrived and within six months, the lucky tiger was thriving in his new home – the Vietnamese Zoo. Undoubtedly, most zoos have harmful effects on wild animals but life is not always bad. As with this tiger, some zoos can bring good.

Certainly, zoos have their own reasons for keeping animals. One reason is to protect animals from dwindling and extinction. Since some rare animals have been keenly hunted in recent years, the longer they are kept in zoos, the more they will flourish. Besides, several animals have forgotten either how to survive in wild or how to breed as they have lived in zoos for generations. Especially the panda in China, which through breeding in captivity, have flourished and are no longer an endangered species.

Some also say that zoos are good for education. Modern zoos have put efforts to keep animals living in the best conditions. They even provide animals their natural habitats where animals can happily roam around. A clear example for this is the modern Singapore Zoo, which has just won a regional prize for the use of natural enclosures. But there are not many such kinds of zoos. In many countries, even in Singapore Zoo, people still treat animals in cruel ways. They consider animals as one of their profit making tools through various shows, acts or performances. Audiences entertain themselves through watching these poor animals do tricks like in circuses. What a shame! Such behaviors are inhuman and make the animal suffer cruelty and illness.

In my opinion, many zoos are like an oppressive prison. There, animals are kept in small cages which are very uncomfortable. Hence, gradually, they lose their sharp natural instincts. Moreover, many zoos are founded with small budget so the condition is very bad. The cages are always dirty, the animals sickly and poorly fed. Therefore, animals that live in these zoos suffer from many different kinds of disease and die earlier than others in the wild.

In conclusion, animals urgently need to be protected. There is no point just debating but not taking action. So, for the sake of all animals living in captivity, we should build more quality open zoos and enforce more heavy fines for making zoo animals perform. It is through these measures that our next generation will value wild animals.